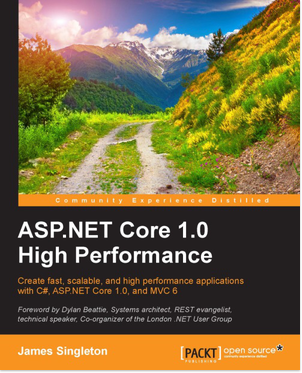 ASP.NET Core is the new, open source, and cross-platform, web-application framework from Microsoft. It's a stripped down version of ASP.NET that's lightweight and fast. This book will show you how to make your web apps deliver high performance when using it.

We'll address many performance improvement techniques from both a general web standpoint and from a C#, ASP.NET Core, and .NET Core perspective. This includes delving into the latest frameworks and demonstrating software design patterns that improve performance.

We will highlight common performance pitfalls, which can often occur unnoticed on developer workstations, along with strategies to detect and resolve these issues early. By understanding and addressing challenges upfront, you can avoid nasty surprises when it comes to deployment time.

We will introduce performance improvements along with the trade-offs that they entail. We will strike a balance between premature optimization and inefficient code by taking a scientific- and evidence-based approach. We'll remain pragmatic by focusing on the big problems.

By reading this book, you'll learn what problems can occur when web applications are deployed at scale and know how to avoid or mitigate these issues. You'll gain experience of how to write high-performance applications without having to learn about issues the hard way.

You'll see what's new in ASP.NET Core, why it's been rebuilt from the ground up, and what this means for performance. You will understand how you can now develop on and deploy to Windows, Mac OS X, and Linux using cross-platform tools, such as Visual Studio Code.

James Singleton is a British software developer, engineer, and entrepreneur, who has been writing code since the days of the BBC Micro. His formal training is in electrical and electronic engineering, yet he has worked professionally in .NET software development for nearly a decade.

He is active in the London start-up community and helps organize Cleanweb London events for environmentally conscious technologists. He runs Cleanweb Jobs, which aims to help get developers, engineers, managers, and data scientists into roles that can help tackle climate change and other environmental problems. He also does public speaking, and he has presented talks at many local user groups, including at the Hacker News London meet up.

James holds a first class degree (with honors) in electronic engineering with computing, and he has designed and built his own basic microprocessor on an FPGA along with a custom instruction set to run on it. He is also a Science, Technology, Engineering, and Mathematics (STEM) ambassador, who encourages young people to study these fields.

James contributes to and is influenced by many open source projects, and regularly uses alternative technologies, such as Python, Ruby, and Linux. He is enthusiastic about the direction that Microsoft is taking .NET in and their embracing of open source practices.

He is particularly interested in hardware, environmental, and digital rights projects and is keen on security, compression, and algorithms. When not hacking on code, or writing for books and magazines, he enjoys walking, skiing, rock climbing, traveling, brewing, and craft beer.

James has gained varied skills from working in many diverse industries and roles, from high performance stock exchanges to video encoding systems. He has worked as a business analyst, consultant, tester, developer, and technical architect. He has a wide range of knowledge, gained from big corporates to startups, and a lot of places in between. He has first-hand experience of the best and worst ways of building high performance software.

You can read his blog at unop.uk. 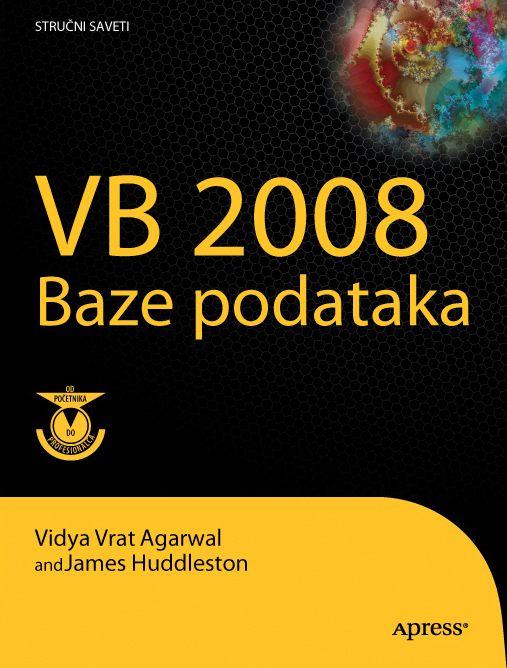