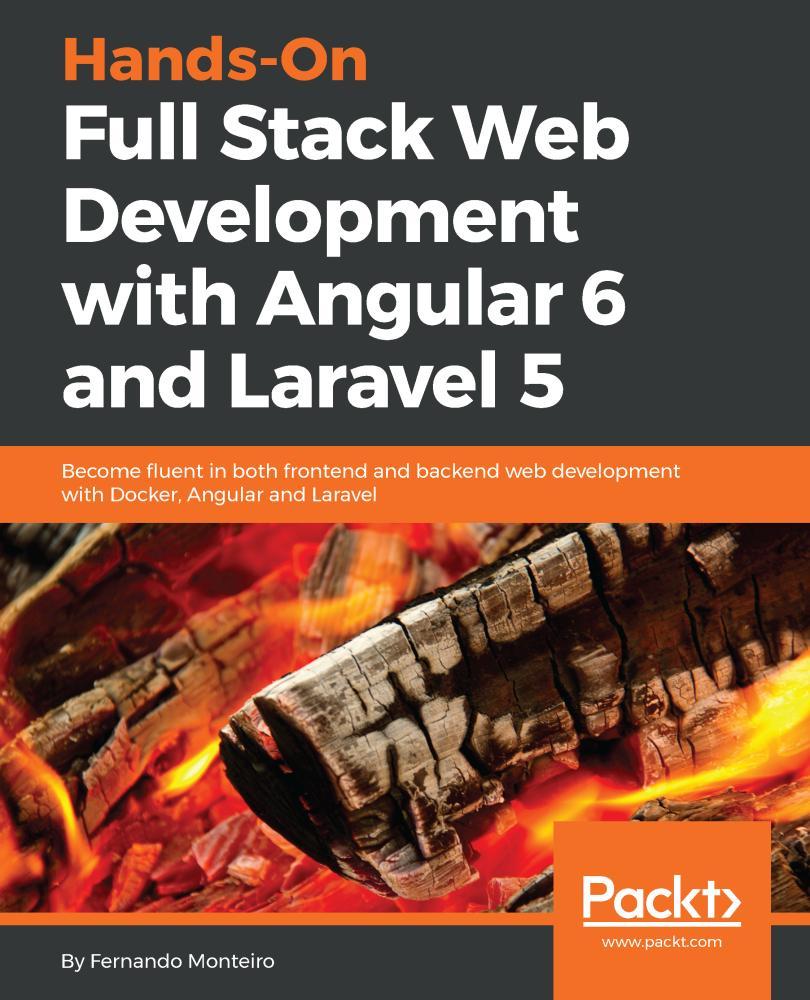 Angular, considered as one of the most popular and powerful frontend frameworks, has undergone a major overhaul to embrace emerging web technologies so that developers can build cutting-edge web applications.

This book gives you practical knowledge of building modern full-stack web apps from scratch using Angular with a Laravel Restful back end.

The book begins with a thorough introduction to Laravel and Angular and its core concepts like custom errors messages, components, routers, and Angular-cli, with each concept being explained first, and then put into practice in the case-study project.

With the basics covered, you will learn how sophisticated UI features can be added using NgBootstrao and a component-based architecture. You will learn to extend and customize variables from Bootstrap CSS framework.

By the end of this book, you'll gain a solid understanding of Angular 6 and how it interacts with a Laravel 5.x backend

Fernando Monteiro is a full-stack engineer, speaker, and open source contributor. He has built and made some of his personal projects open source such as Responsive Boilerplate, Frontend Boilerplate, Angm-Generator, and TrelloMetrics.

With around 16 years of experience in information technology, his current focus is on weband mobile enterprise JavaScript applications.

He has worked as graphic designer for various companies and products, including mobile applications.