Unity is a cross-platform game engine that is used to develop 2D and 3D video games. Unity 5 is the latest version, released in March 2015, and adds a real-time global illumination to the games, and its powerful new features help to improve a game’s efficiency.

This book will get you started with programming behaviors in C# so you can create 2D games in Unity. You will begin by installing Unity and learning about its features, followed by creating a C# script. We will then deal with topics such as unity scripting for you to understand how codes work so you can create and use C# variables and methods. Moving forward, you will find out how to create, store, and retrieve data from collection of objects.

You will also develop an understanding of loops and their use, and you’ll perform object-oriented programming. This will help you to turn your idea into a ready-to-code project and set up a Unity project for production. Finally, you will discover how to create the GameManager class to manage the game play loop, generate game levels, and develop a simple UI for the game.

By the end of this book, you will have mastered the art of applying C# in Unity.

Greg Lukosek was born and raised in the Upper Silesia region of Poland. When he was about 8 years old, his amazing parents bought him and his brother a Commodore C64. That was when his love of programming started. He would spend hours writing simple basic code, and when he couldn't write it on the computer directly, he used a notepad.

Greg completed his mechanical engineering diploma at ZSTiO Meritum— Siemianowice Slaskie, Poland. He has learned all his programming skills through determination and hard work at home.

Greg met the love of his life, Kasia, in 2003, which changed his life forever. They both moved to London in search of adventure and decided to stay there.

He started work as a 3D artist and drifted away from programming for some years. Deep inside, he still felt the urge to come back to game programming. During his career as a 3D artist, he discovered Unity and adopted it for an interactive visualizations project. At that very moment, he started programming again.

His love for programming overcomes his love for 3D graphics. Greg ditched his 3D artist career and came back to writing code professionally. He is now doing what he really wanted to do since he was 8 years old—developing games.

These days, Greg lives in a little town called Sandy in the UK with Kasia and their son, Adam.

Chapter 1: Discovering Your Hidden Scripting Skills and Getting Your Environment Ready
Chapter 2: Introducing the Building Blocks for Unity Scripts
Chapter 3: Getting into the Details of Variables
Chapter 4: Getting into the Details of Methods
Chapter 5: Lists, Arrays, and Dictionaries
Chapter 6: Loops
Chapter 7: Object, a Container with Variables and Methods
Chapter 8: Let's Make a Game! – From Idea to Development
Chapter 9: Starting Your First Game
Chapter 10: Writing GameManager
Chapter 11: The Game Level
Chapter 12: The User Interface
Chapter 13: Collectables — What Next? 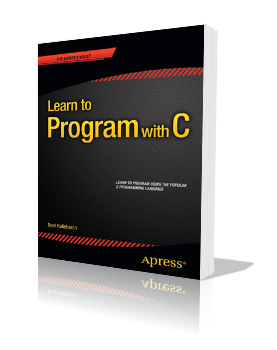 Learn to Program with C