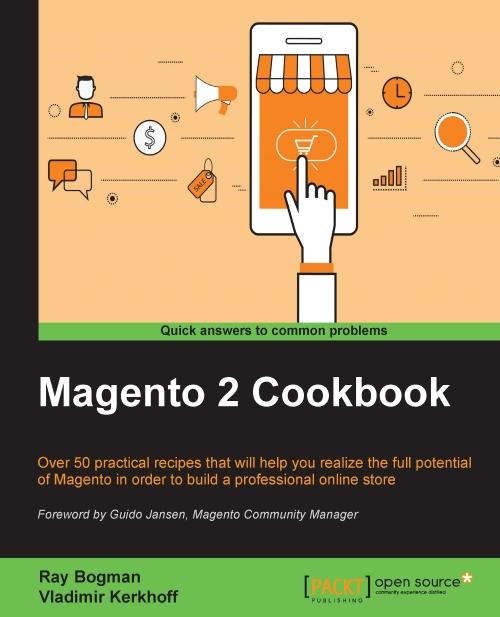 Magento 2 is an open source e-commerce platform that has all the functionality to function from small to large online stores. It is preferred by developers and merchants due to its new architecture, which makes it possible to extend the functionalities with plugins, a lot of which are now created by the community.

This merchant and developer guide is packed with recipes that cover all aspects of Magento 2. The recipes start with simple how-to’s then delve into more advanced topics as the book progresses.

We start with the basics of setting up a Magento 2 project on Apache or Nginx. Next, you will learn about basics including system tools and caching to get your Magento 2 system ready for the real work. We move on to simple tasks such as managing your store and catalog configuration. When you are familiar with this, we cover more complex features such as module and extension development. Then we will jump to the final part: advanced Magento 2 extensions.

By the end of this book, you’ll be competent with all the development phases of Magento 2 and its most common elements.

Ray Bogman is an IT professional and Magento evangelist from the Netherlands. He started working with computers in 1983 as a hobby at first. In the past, he has worked for KPN, a large Dutch Telecom company, as a senior security officer.

He has been the CTO of Wild Hibiscus, Netherlands, since 2010, and cofounder and business creator of Yireo until 2011, Jira ICT since 2005, and CTO of SupportDesk B.V., which he cofounded in 2011.

At SupportDesk B.V., he is a Magento, Joomla, OroCRM, web / server / mobile performance specialist, and security evangelist. His focus during the day is business/product development and training webmasters and consultants about the power of Magento, from the basics up to an advanced level. He has trained over 1,000 Magento and 750 Joomla experts worldwide since 2005.

At Magento events such as Magento Developers Paradise, Meet Magento, and MagentoLive, he has been a regular speaker since 2009.

Vladimir Kerkhoff is an experienced IT professional, 4-times Magento Certified Developer from the Netherlands, and working with Magento since late 2009.

Currently, Vladimir is the founder/owner of Genmato BV, a Magento extension development company. He is also available for cool freelance projects. Vladimir has had a long career in the IT industry. He started his career in 1992 in an IT company, managing customer corporate networks (Bionet, Novell Netware, and Windows Server). In 1996, he was the cofounder and CTO of Perfect InterNetworking Solutions (PINS), a large Dutch-managed hosting provider. After leaving PINS in 2009, he cofounded eFulFillers offering web shop fulfilment services based on the Magento platform. 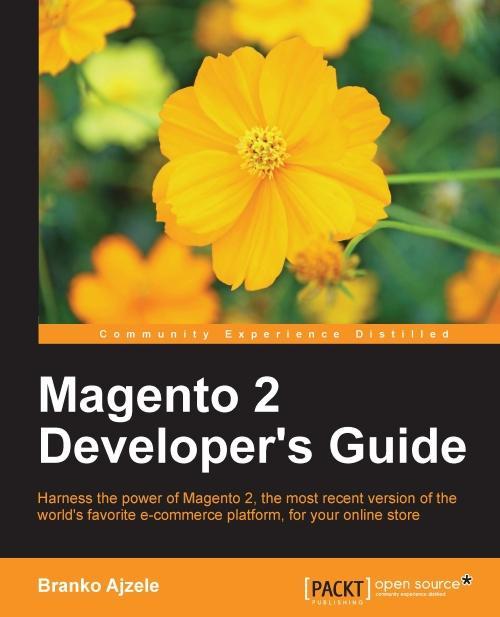