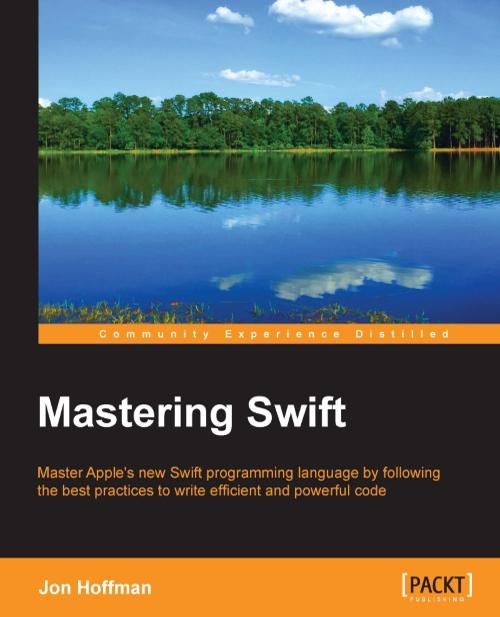 If you are a developer that learns best by looking at, and working with, code, then this book is for you. A basic understanding of Apple's tools is beneficial but not mandatory.

Swift is Apple's new innovative and user-friendly development language, which is packed with modern features to make programming easier, fun, and flexible.

This book begins by giving you a solid Introduction to the Swift programming language so you can quickly begin developing applications using this interesting language. It also covers advanced topics such as Objective-C interoperability, ARC, closures, and concurrency. Each concept covered is backed up with example code and demonstrates how to properly execute it. Next, you will be taught about all of the advanced features of Swift, and its interaction with Apple's APIs and libraries. You'll then learn to interact with REST-based web services using Swift. We will conclude the book by getting equipped to design and build applications using established design patterns.

Over the past 7 years, Jon has developed extensively for the iOS platform. This includes several apps that he has published on the App Store, apps that he has written for third parties, and numerous enterprise applications. Packt Publishing also published Jon's first book, iOS and OS X Network Programming Cookbook.

What really drives Jon are the challenges in the information technology field, and there is nothing more exhilarating for him than overcoming a challenge. Some of Jon's other interests are watching baseball (go Sox!) and basketball (go Celtics!). Jon also really enjoys fishing, kayaking, and just being out on the lake with his family.