Unreal Engine 4 has garnered a lot of attention in the gaming world because of its new and improved graphics and rendering engine, the physics simulator, particle generator, and more. This book is the ideal guide to help you leverage all these features to create state-of-the-art games.

We will explain advanced shaders and effects techniques and how you can implement them in your games. You’ll create custom lighting effects, use the physics simulator to add that extra edge to your games, and create customized game environments that look visually stunning using the rendering technique. You’ll find out how to use the new rendering engine efficiently, add amazing post-processing effects, and use data tables to create data-driven gameplay that is engaging and exciting.

By the end of this book, you will be able to create professional games with stunning graphics using Unreal Engine 4.

Muhammad A.Moniem started in the industry at a very early age. He taught himself everything related to the game development process even before he joined college. After becoming a software engineer, he started to teach himself the art of game design and game art techniques. As a self-taught person, he was able to find his way into the industry very easily, which led him to be hired for big, medium, and small companies, titles, and teams.

Throughout his career, he has been able to contribute as a full-time or part-time employee or freelancer on games for a wide range of platforms, including Windows, Mac, iOS, Android, PS4, Xbox One, and OUYA. He has also worked with technologies such as VR, AR, and Kinect. Muhammad started using Unreal Engine 3 in 2007, moved to Unreal Engine 4 when it became available to the public in 2014, and has used UDK for some indie games.

Eventually, he was able to establish his own one-person game company/team as a part-time independent developer. A lot of his indie games have received recognition or have been finalists at international indie game events, such as IGF, Indie Showcase, IGC, and Tokyo Game Show. He has written another Unreal Engine book before and he has also designed an amazing website, www.mamoniem.com. 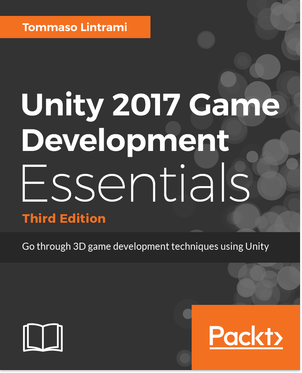