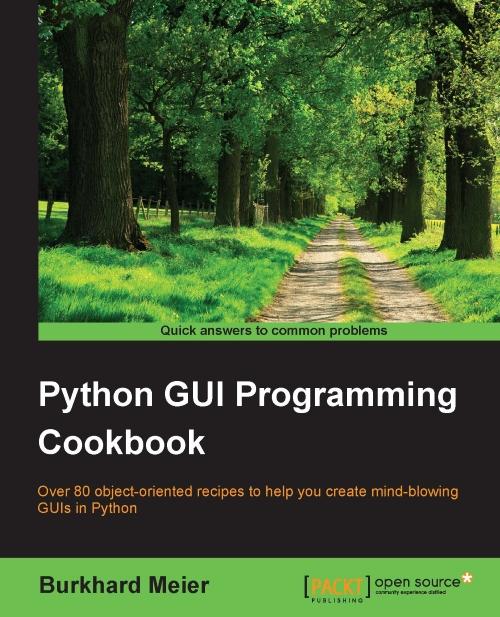 If you are a Python programmer with intermediate level knowledge of GUI programming and want to learn how to create beautiful, effective, and responsive GUIs using the freely available Python GUI frameworks, this book is for you.

Python is a multi-domain, interpreted programming language. It is a widely used general-purpose, high-level programming language. It is often used as a scripting language because of its forgiving syntax and compatibility with a wide variety of different eco-systems. Its flexible syntax enables developers to write short scripts while at the same time, they can use object-oriented concepts to develop very large projects.

Python GUI Programming Cookbook follows a task-based approach to help you create beautiful and very effective GUIs with the least amount of code necessary. This book uses the simplest programming style, using the fewest lines of code to create a GUI in Python, and then advances to using object-oriented programming in later chapters. If you are new to object-oriented programming (OOP), this book will teach you how to take advantage of the OOP coding style in the context of creating GUIs written in Python.

Throughout the book, you will develop an entire GUI application, building recipe upon recipe, connecting the GUI to a database. In the later chapters, you will explore additional Python GUI frameworks, using best practices. You will also learn how to use threading to ensure your GUI doesn’t go unresponsive.

By the end of the book, you will be an expert in Python GUI programming to develop a common set of GUI applications.

Burkhard A. Meier has more than 15 years of professional experience working in the software industry as a software tester and developer, specializing in software test automation development, execution, and analysis. He has a very strong background in SQL relational database administration, the development of stored procedures, and debugging code.

While experienced in Visual Studio .NET C#, Visual Test, TestComplete, and other testing languages (such as C/C++), the main focus of the author over the past two years has been developing test automation written in Python 3 to test the leading edge of FLIR ONE infrared cameras for iPhone and Android smart phones as well as handheld tablets.

Being highly appreciative of art, beauty, and programming, the author developed GUIs in C# and Python to streamline everyday test automation tasks, enabling these automated tests to run unattended for weeks, collecting very useful data to be analyzed and automatically plotted into graphs and e-mailed to upper management upon completion of nightly automated test runs.

You can get in touch with him through his LinkedIn account, https://www.linkedin.com/pub/burkhard-meier/5/246/296. 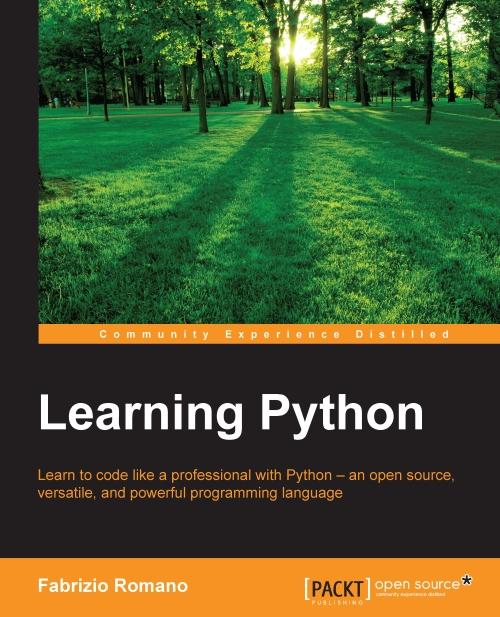