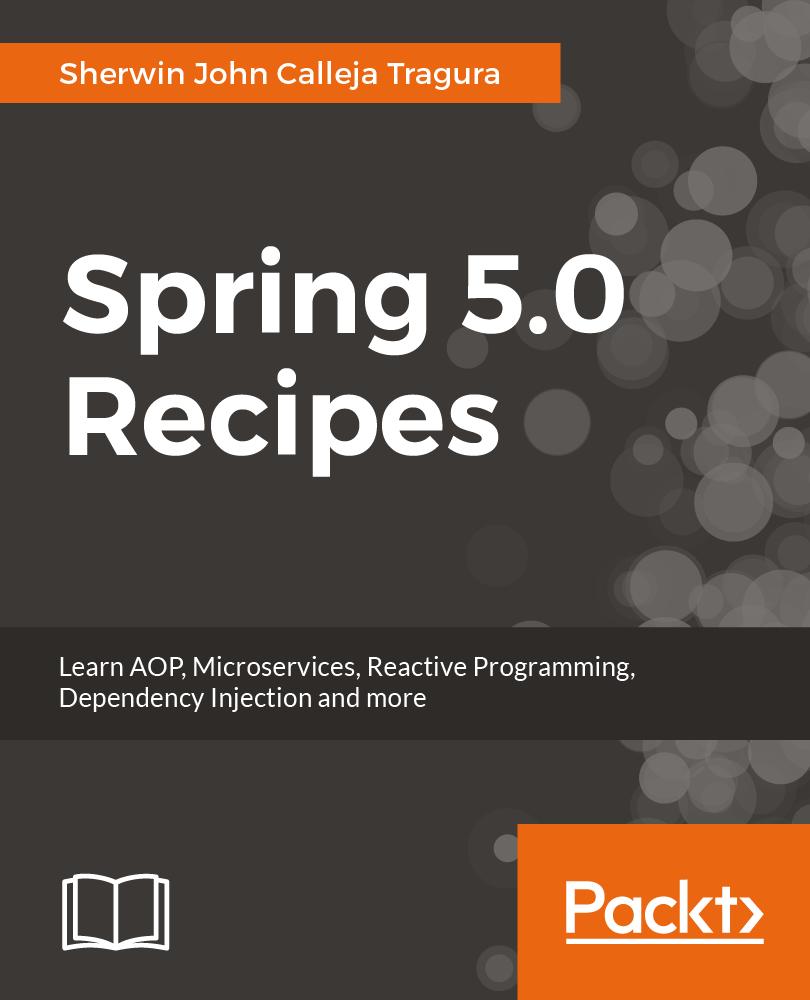 The Spring framework has been the go-to framework for Java developers for quite some time. It enhances modularity, provides more readable code, and enables the developer to focus on developing the application while the underlying framework takes care of transaction APIs, remote APIs, JMX APIs, and JMS APIs.

The upcoming version of the Spring Framework has a lot to offer, above and beyond the platform upgrade to Java 9, and this book will show you all you need to know to overcome common to advanced problems you might face while developing in Spring 5.0.

It aims to provide a compendium of all code recipes related to building applications using the new Spring 5.0 Framework. Each recipe will showcase some old and new issues and solutions, right from configuring Spring 5.0 container to testing its components. Most importantly, the book will highlight concurrent processes, asynchronous MVC and reactive programming using Reactor Core APIs. Aside from the core components, this book will also include integration of third-party technologies that are mostly needed in building enterprise applications.

By the end of the book, the reader will not only be well versed with the essential concepts of Spring, but will also have mastered its latest features in a solution-oriented manner.

Sherwin John Calleja Tragura started his career as a student assistant and a mathematics tutor during his college years at the University of the Philippines Los Baños, Laguna, Philippines. With meager resources, he graduated as a Department of Science and Technology (DOST) R.A. 7687 scholar under the bachelor of computer science degree. Immediately after graduation, he took up the offer to teach CMSC 150 (numerical and symbolic computation) at the Institute of Computer Science and completed his masters degree in computer science simultaneously. He became part of the International Rice Research Institute (IRRI) software team, which gave him the opportunity to use Struts, Spring, and RCP frameworks in many of its software projects.

Based on his experience at IRRI, he was given the opportunity to work as a Java analyst in various companies in Manila, such as ABSI, PHILAM- AIG, and Ayala Systems and Technology Inc. (ASTI). These companies have strengthened his skillset through training in Java and Java Enterprise platforms and some popular tools such as EMC Documentum and Alfresco Document and Records Management System. He got his first career certification in the EMC Documentum Proven Associate course (E20-120).

After a few years, he decided to become an independent consultant and trainer, providing services mostly on Java-based projects, Alfresco, and Apache OFBiz requirement. He started his venture as a Java-JEE Bootcamp with 77Global and is currently the trainer at Software Laboratory Inc. (SLI), Alibata Business and Technology Services Inc., and Nityo Infotech, Philippines. He also conducts training and talks around the Philippines such as in Cebu City and Tacloban City.

Sherwin has contributed as a technical reviewer on various books by Packt Publishing, these include: Delphi Cookbook, Alfresco 3 Records Management, Alfresco Share, and Mastering Hibernate. He owes everything to Packt Publishing with the unforgettable experiences on technical editing tasks, which have been an essential part of his career.

As an Oracle Certified Associate and Java SE 7 Programmer (1Z0-803), author will continue his mandate as a technical trainer, developer, architect, and designer to help the industry improve its standards on information technology. He will always be the epitome of honor, excellence, and service when it comes to software development and business intelligence. 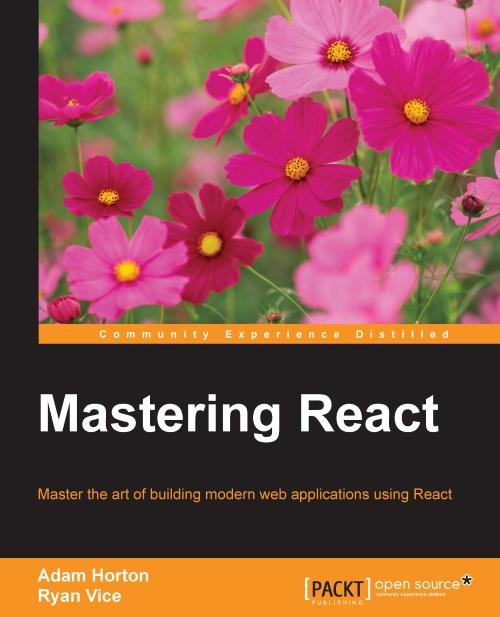