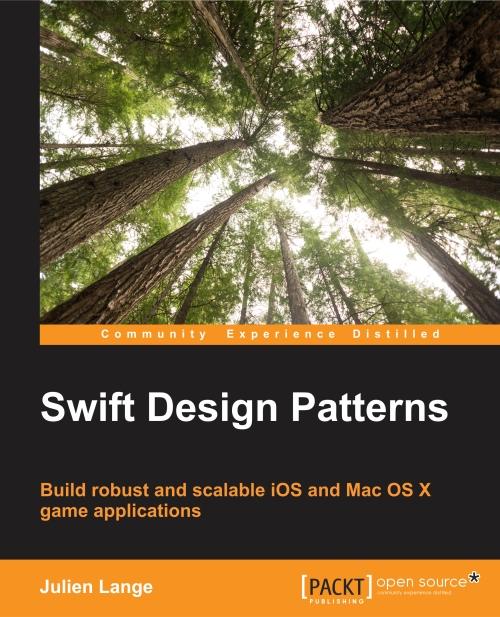 This book is intended for competent Swift developers who want to apply enduring design patterns with Swift to structure and scale their application code.

Swift is a multi-paradigm language. It has expressive features familiar to those used to work with modern functional languages, while also keeping the object-oriented features of Objective-C. It remains compatible with Apple’s legacy codes and frameworks. A design pattern systematically names, motivates, and explains a general design that addresses a recurring design problem in object-oriented systems. It describes the problem, the solution, when to apply the solution, and its consequences. It also gives implementation hints and examples. Knowledge about design patterns is also one of the best ways to make you different compared to other low-level developers.

This book shows you how to use Swift 2 to learn about 23 Gang of Four (GoF) design patterns, and is organized into three categories. The book will present you the five creational patterns, followed by the seven structural patterns, and finishing with the 11 behavioral patterns as defined by the GoF. Each chapter will introduce the pattern by defining its role, which common problems the pattern should be used for, its generic UML representation, how each objects presented in the class diagram participate in the pattern, and what the role of each of these objects is. The book then presents you with a concrete case as an illustration that will be used to implement the pattern using Swift.

Julien Lange is a 34-year old IT expert in Software Engineering. He started to develop on Amstrad CPC464 with the BASIC language when he was 7. Later, he learned Visual Basic 3/4, then VB.NET, and C#. For several years until the end of his studies, he developed and maintained several PHP and ASP.NET e-business websites. After his graduation, Julien continued to learn more and more about software , which included software architecture and project management, and always tried to acquire new skills. Since 2011, he has been working on the Lead Management middleware of DSI AXA France (a French insurance company) based on SOA architecture as an IT Project Manager. Because this middleware is consumed by a frontend exposed on Internet, performance is a top priority each time we deliver a new release of the system. Scalability and robustness are really important in his every day work.

His interest in mobile development started in 2009 after discovering the high potential of iPhone games and software. He decided to find an improved game engine that allowed him to concentrate only on the main purpose of the game: developing a game and not a game engine. His choice was Unity3D. Later, he took some time to learn the native iOS objective-C language, which was quite difficult for him due to its language particularity and finally learned Swift since its first apparition in 2014. In addition to his main work as an IT Consultant, he opened iXGaming.com in December 2010. He currently has several projects in mind (including a game based on a French board game), a new website delivering new services for developers, and is searching some partners to work with.

After reviewing several books from Packt Publishing, I decided to propose one from myself. Because of the acceptance, I would like to specially thank all Packt Publishing members including Shali, Tushar, and Sam.

I would to thank my family, and more of all, my wife allowing me to take some time in writing this. I would also like to thank some people whom I work with everyday: Adrien D, Alain De L, Juliette O., Raphael D, Stephane D, Helmi C, and Christelle P. 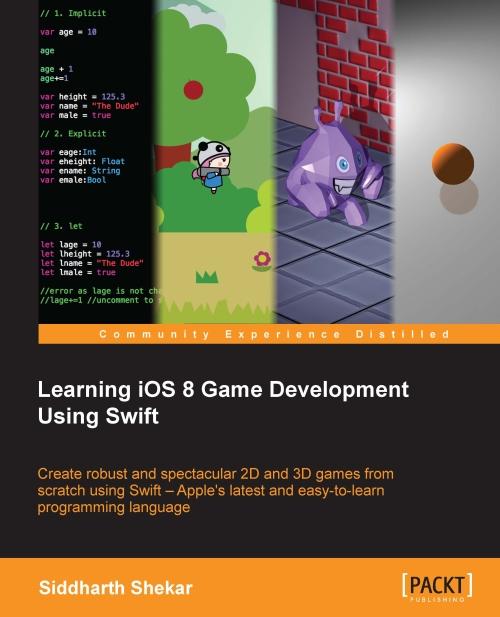